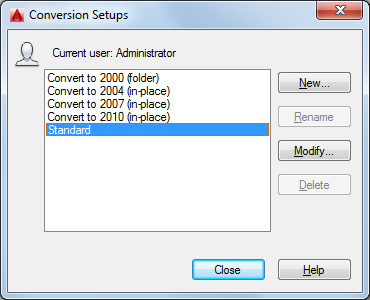 Displays a list of previously saved conversion setups as well as the default setup;
Standard.

Displays the Modify Conversion Setup dialog box, in which you can specify options
for the selected drawing conversion.