The Customize User Interface (CUI) Editor allows you to modify many of the user interface
elements that are used to start a command in the program.

Customizing the user interface allows you to change the placement of the tools that
you commonly use, and to add new tools that can improve your productivity. For example,
if you want to add a ribbon panel containing the commands that you use most often,
you can create a new Favorites ribbon panel in the CUI Editor and add it to the Home
tab. The CUI Editor is divided into two parts:

Before you start customizing ribbon tabs and panels, Quick Access toolbars, and other
user interface elements, familiarize yourself with the Customize User Interface (CUI)
Editor, which can be opened with the CUI command. The Customize tab is displayed by
default, and it is organized into three panes: Customizations In, Command List, and
the Dynamic Display pane.

The Customizations In pane is used to navigate to the different user interface elements
that are in the loaded customization files. 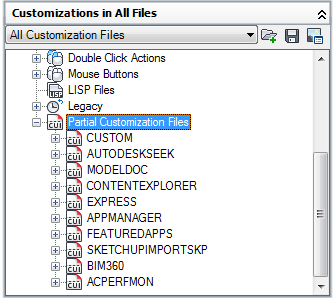 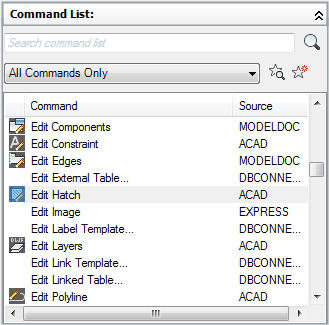 Based on the item selected, one or more of the following panes will be displayed: 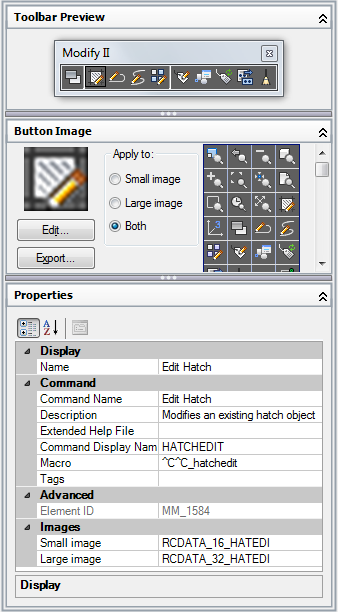