This directional light distribution information is stored in a photometric data file
in the IES format using the IES LM-63-1991 standard file format for photometric data.

To describe the directional distribution of the light emitted by a source, the source
is approximated by a point light placed at its photometric center. With this approximation,
the distribution is characterized as a function of the outgoing direction only. The
luminous intensity of the source for a predetermined set of horizontal and vertical
angles is provided, and the system can compute the luminous intensity along an arbitrary
direction by interpolation.

NOTE:Web distribution is used only in rendered images. Weblights are approximated as point
lights in the viewport. 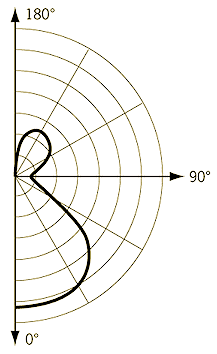 Goniometric diagram of a web distribution

This type of diagram visually represents how the luminous intensity of a source varies
with the vertical angle. However, the horizontal angle is fixed and, unless the distribution
is axially symmetric, more than one goniometric diagram may be needed to describe
the complete distribution.

The luminous intensity in any given direction is proportional to the distance between
this web and the photometric center, measured along a line leaving the center in the
specified direction. 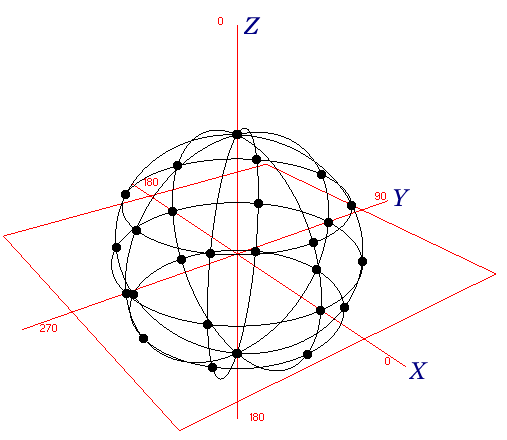 A sphere centered around the origin is a representation of an isotropic distribution.
All the points in the diagram are equidistant from the center and therefore light
is emitted equally in all directions. 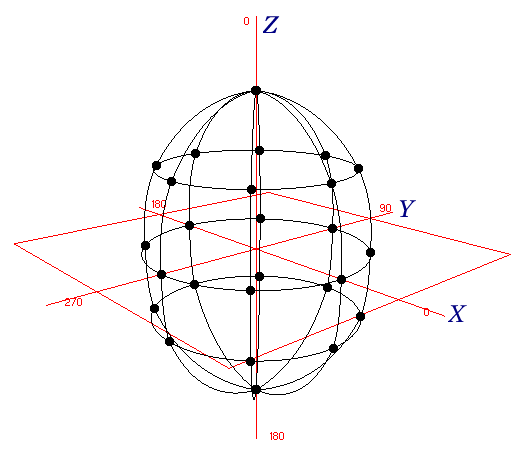 In this example, the points in the negative Z direction are the same distance from
the origin as the corresponding points in the positive Z direction, so the same amount
of light shines upward and downward. No point has a very large X or Y component, either
positive or negative, so less light is cast laterally from the light source.